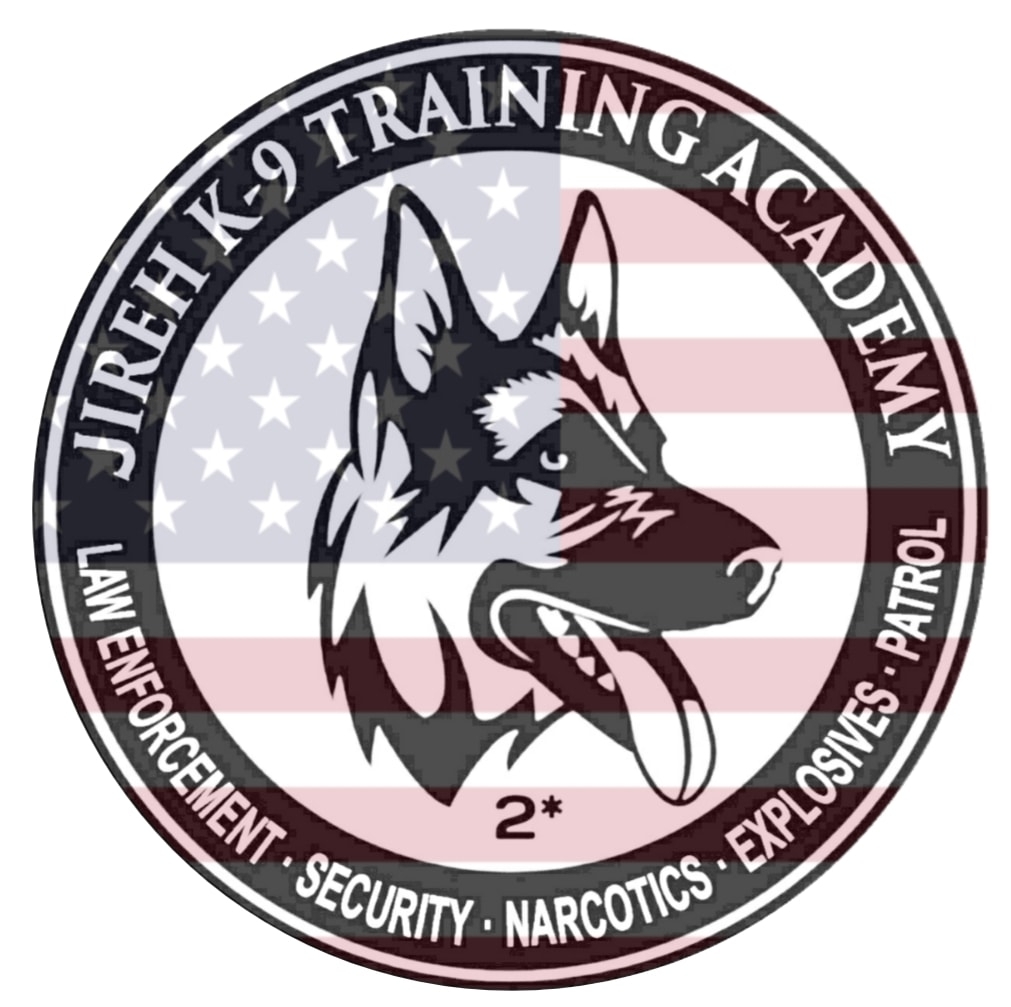 The Police K-9 Training Team at The JIREH K-9 Training Academy is made up of active Texas Peace Officers and Certified Police Instructors.  Our highly trained team of Instructors have the REAL WORLD knowledge and experience to set you up for success.

The JIREH K-9 Training Academy has preconditioned and trained some of the finest and most productive Police K-9 Units in The State of Texas and across The Nation. JIREH K-9's Award-Winning Working Dogs are responsible for some of the largest and most significant drug and money seizures in recent history.  JIREH K-9 has proven to be equipped and fully capable to build a successful K-9 Unit within your organization.

Law enforcement agencies and private security firms from across The State of Texas and around the nation, have chosen JIREH K-9 as their primary K-9 training providers.

The staff at JIREH K-9 treats our clients like family.  Our working relationships with public safety organizations continue even years after making your purchase or attending our training.

Our servant like approach to our clients has catapulted The JIREH K-9 Training Academy into one of the fastest growing and most reputable K-9 training services in the nation. 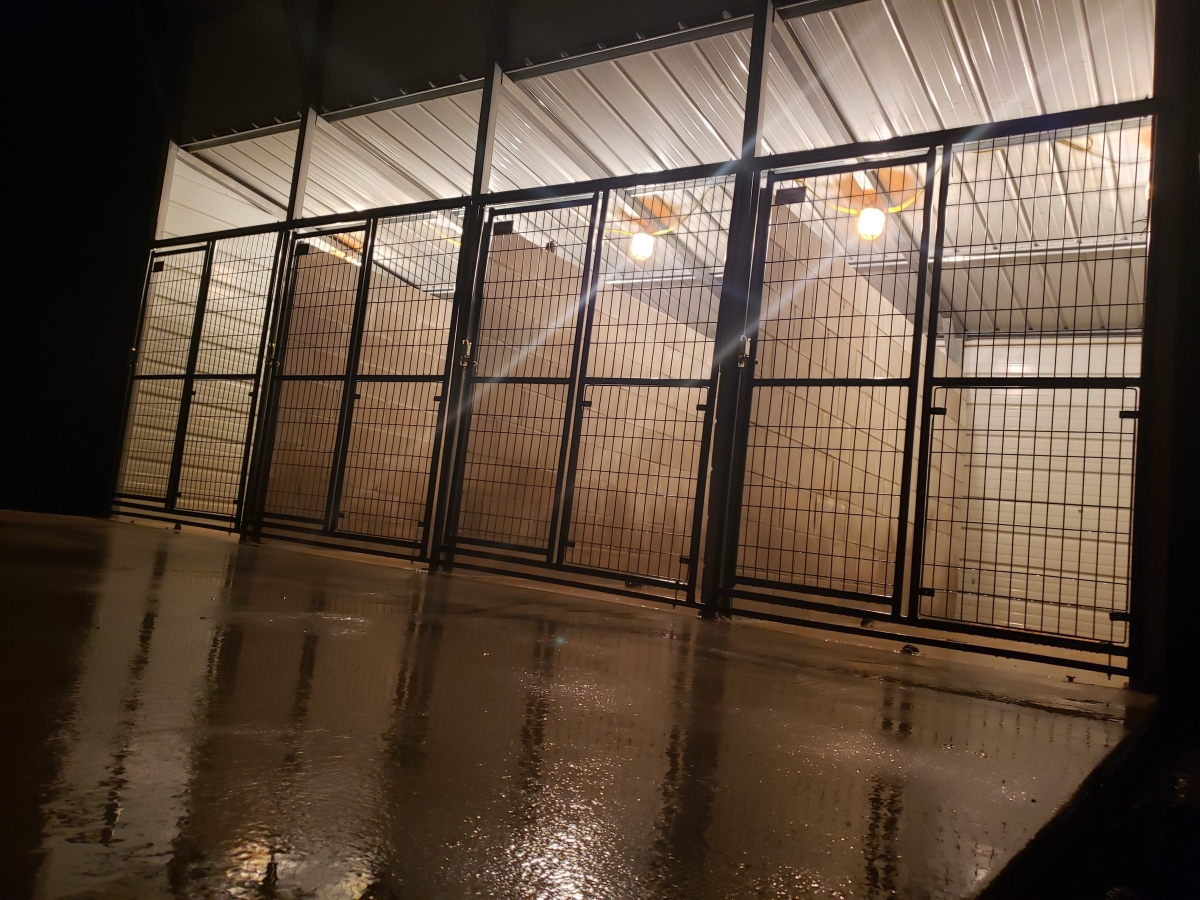 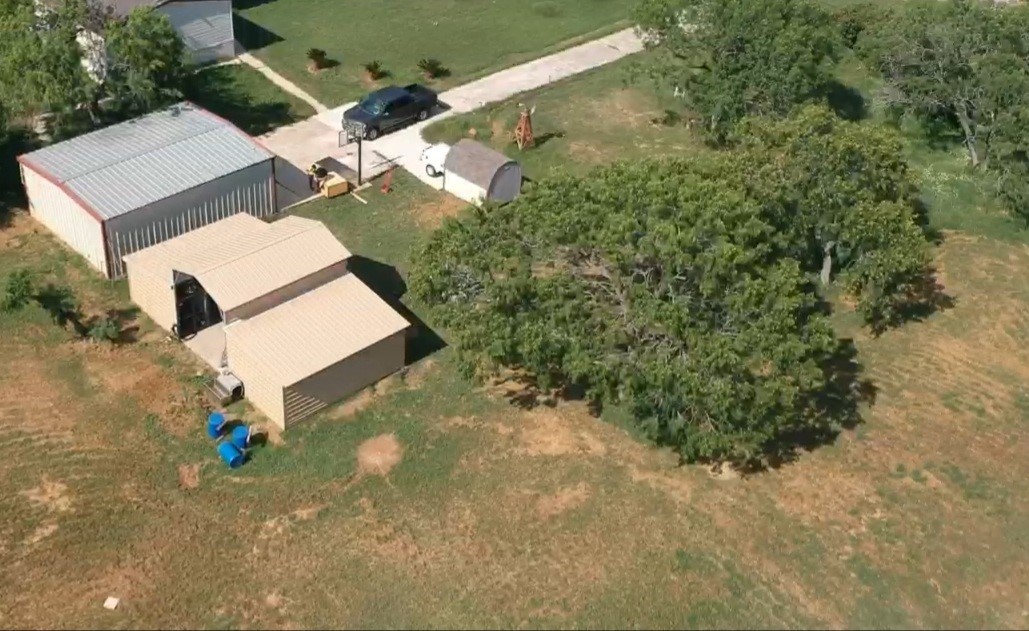 The 60X60 workshop on The JIREH K-9 Training grounds helps Police K-9 Trainers establish a strong and solid foundation in working dog prospects.  This enclosed, indoor building is fully furnished for real life training scenarios, equipped with an elevated table for confidence building in bite work and also serves as an environmental conditioning space.  The entire building is modified as a scent detection training tool.  Our 25ft odor/scent wall along with strategically placed compartments for hides and search pattern conditioning are fixed throughout the entire building.

The Police K-9 Training Team at JIREH K-9 is made up of seasoned Peace Officers with real-world experience in Police K-9.  Our Trainers are active Texas Peace Officers and Certified Police Instructors who possess decades of experience with training and handling their own K-9 Partners on the streets. 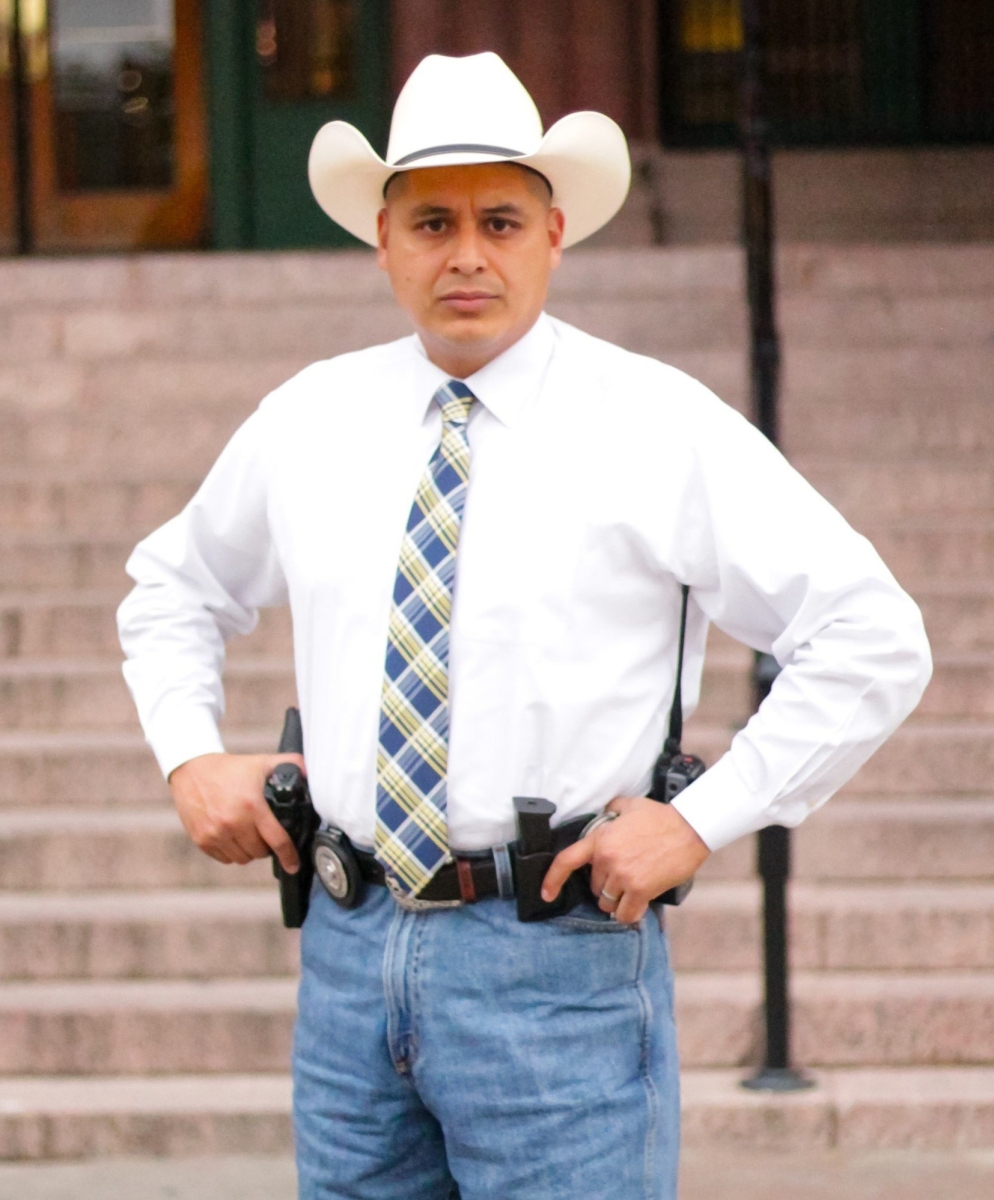 Ramiro has served on The K-9 Unit for the majority of his career.  In early 2008, Ramiro and his partner K-9 Donna were selected to become cross designated and permanently assigned as Title 19 Task Force Officers with The Department of Homeland Security Investigations (HSI). Members of The South Texas High Intensity Drug Trafficking Areas Federal Narcotics Task Force (HIDTA).

While assigned to The HSI/HIDTA Task Force Ramiro and his partner K-9 Donna traveled the country in pursuit of drug and money smugglers.  The team was responsible for record breaking drug and money seizures and took part in the arrest and prosecution of high profile Mexican drug cartel affiliates. 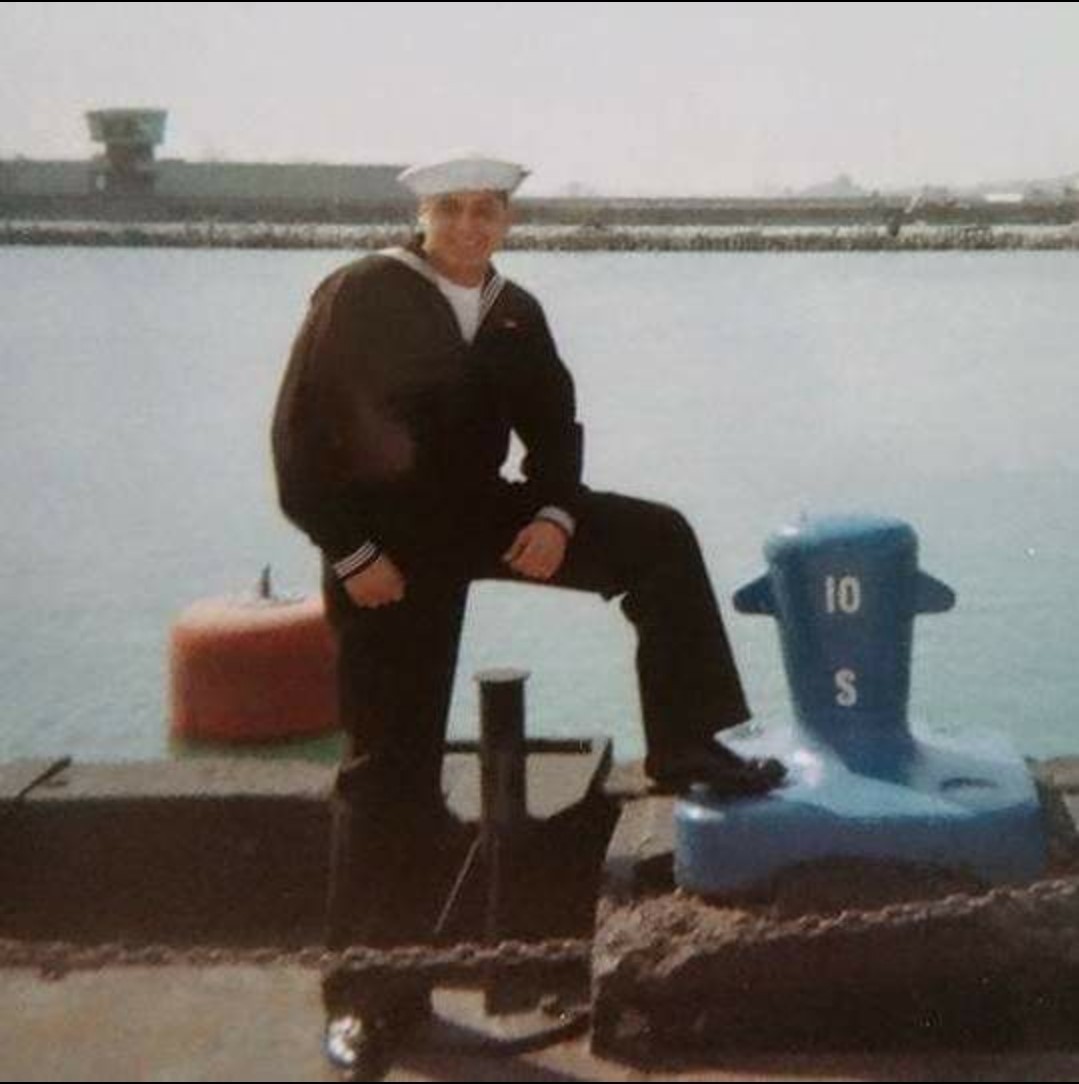 While actively in law enforcement and a member of a Federal Narcotics Task Force, Ramiro served his country in his hometown of San Antonio, Texas in The Navy Operational Support Center (NOSC San Antonio) as a Navy Reservist.

In mid-2018, Ramiro made his exit from The U.S. Navy to pursue his passion in Police K-9.  Since then, Ramiro has dedicated his life to training Police Working Dogs and their Handlers in law enforcement agencies across America.

K-9 Unit Commander
Ramiro Guzman recently achieved the rank of Assistant Chief in one of the largest counties in The State of Texas.  As Assistant Chief, he oversees all Special Operations to include traffic enforcement, criminal warrants, investigations, narcotics and The K-9 Unit.

Ramiro is now Commander over The K-9 Unit where he oversees daily K-9 operations, trains and prepares department working dogs and handles a narcotics and tracking K-9.  Ramiro is a Master Texas Peace Officer and Certified Police Instructor. 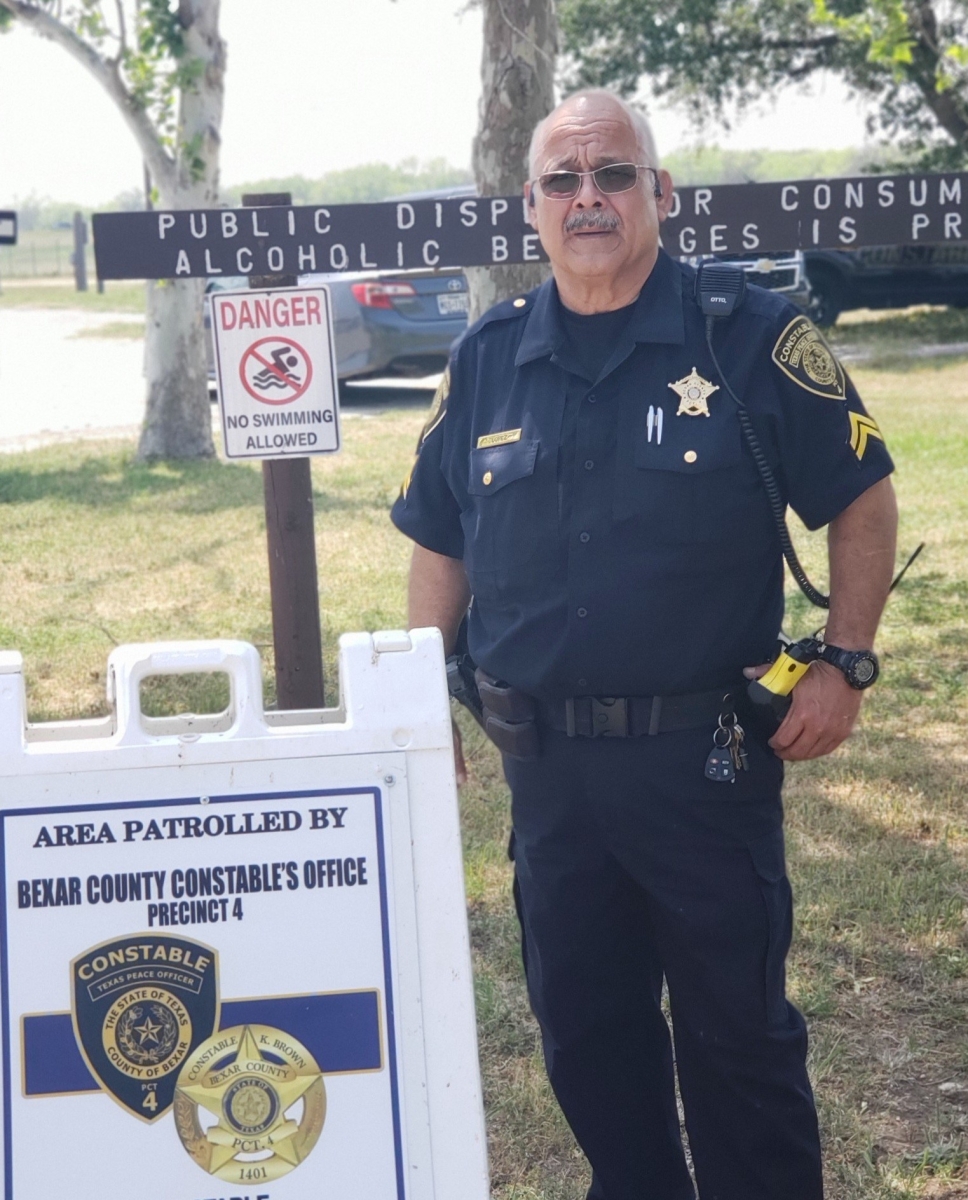 Andy Lopez gravitated towards Police K-9 very early in his career and has pursued it for the last 26 years.  Lopez and the multiple Police K-9s he's trained and handled throughout his career have worked alongside Federal Law Enforcement Agencies such as The DEA, FBI, HSI, ATF and other state and local agencies.  Andy's award-winning Police Dogs were the result of him being selected to serve on an international drug task force that allowed him to work his dogs across The United States and Mexico. 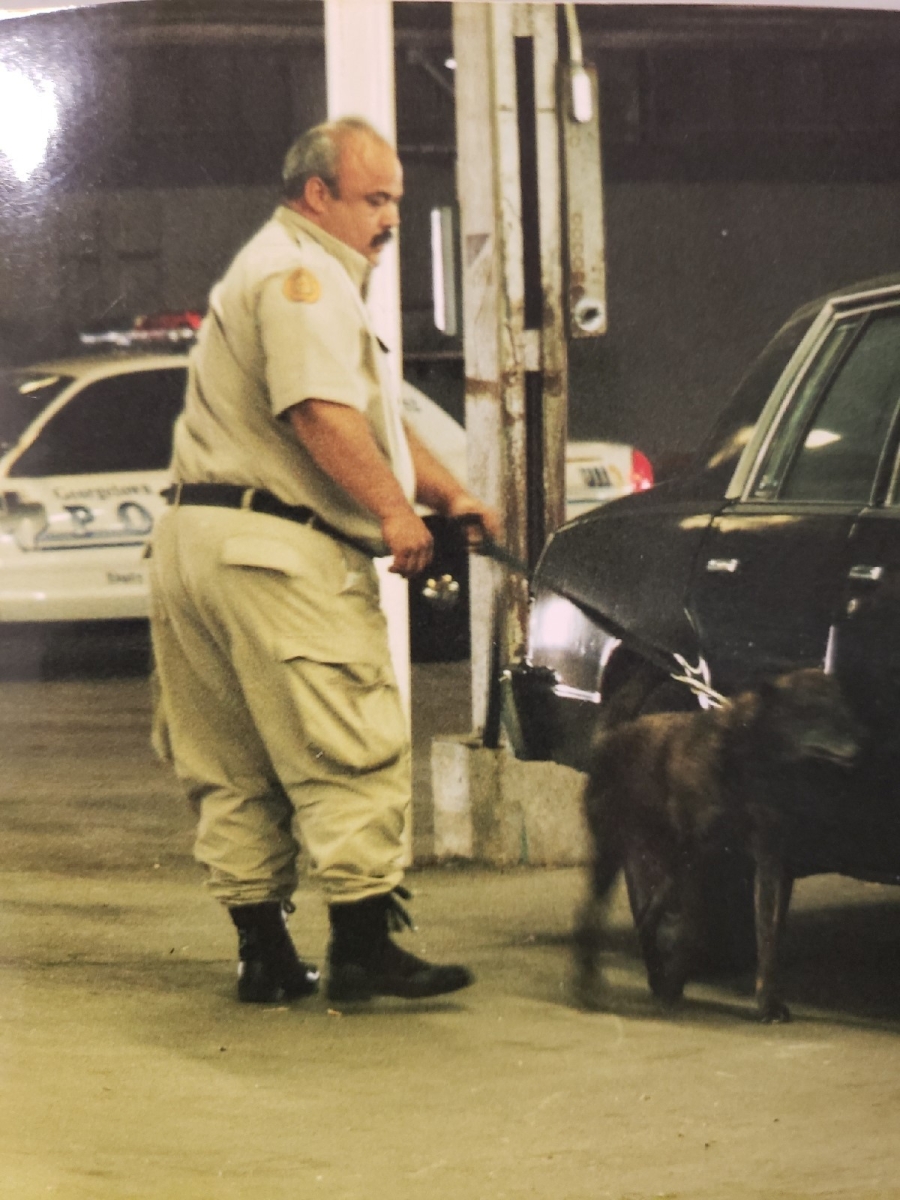 After 26 years in law enforcement K-9, Andy is now The Chief Law Enforcement Officer in his respective agency.  Lopez continues to train working dogs and brings his knowledge and vast experience to The JIREH K-9 Training Academy. 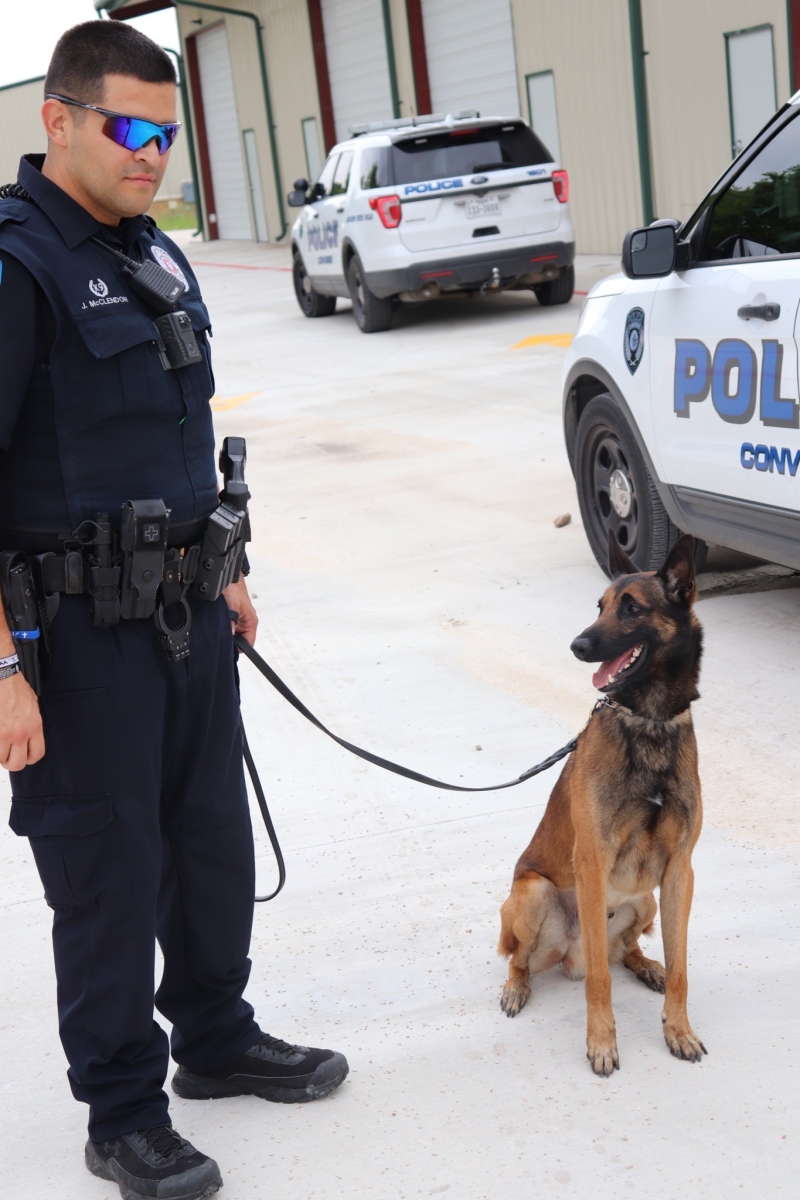 John McClendon, Police K-9 Trainer
John McClendon is a graduate of The JIREH K-9 Training Academy's Police K-9 Handlers Course.  Upon completing a basic Patrol Handlers Course, John worked in one of busiest and most violent areas within Bexar County, San Antonio, Texas.  Over the course of 2 years, John McClendon and his partner K-9 Loki, gained very valuable experience as a Police K-9 Team.  Loki and John seized an undisclosed amount of narcotics and are responsible for the track and apprehension of violent and fleeing felons. 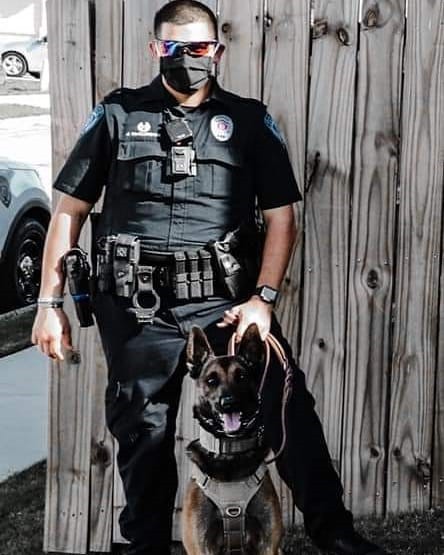 John and K-9 Loki spent much of their time off participating in training with The JIREH K-9 Training Academy.  John demonstrated his ability to learn and read dogs and adjust himself to gain the maximum potential from each dog.  Over the last few years John has assisted in training over 50 new Police K-9 Handlers both in and outside of the classroom.

John is also tasked with overseeing The JIREH K-9 Training Grounds in the absence of Kennel Staff. John is an active, full-time Texas Peace Officer and working towards his Police Instructor Certification. 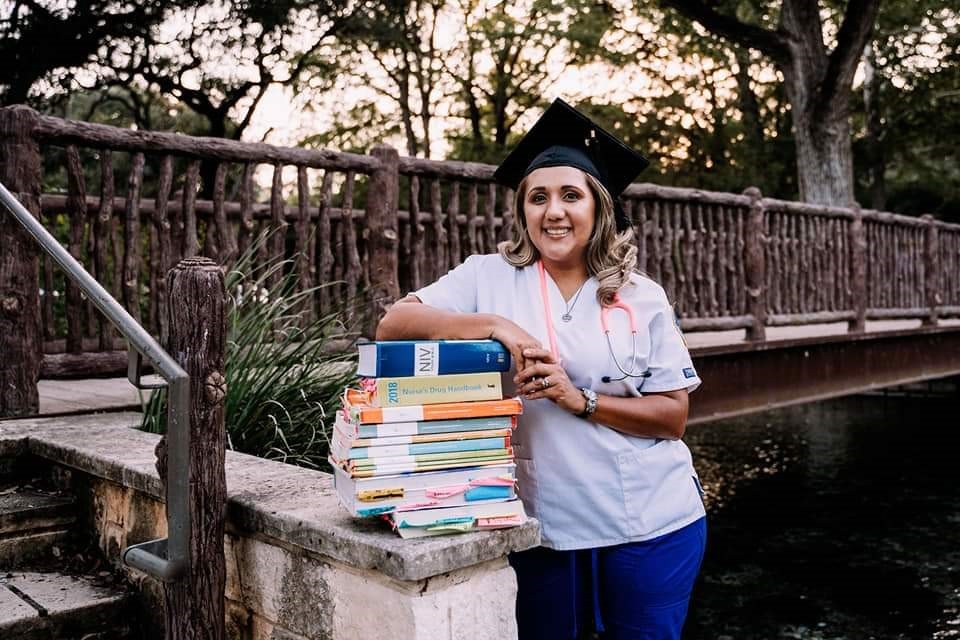 Angelica is an active Registered Nurse and  holds a Bachelor's of Science in Nursing from Wayland Baptist University.  Prior to taking on a nursing career, Angelica attended Texas A&M's School for Veterinary Technician in San Antonio, Texas. 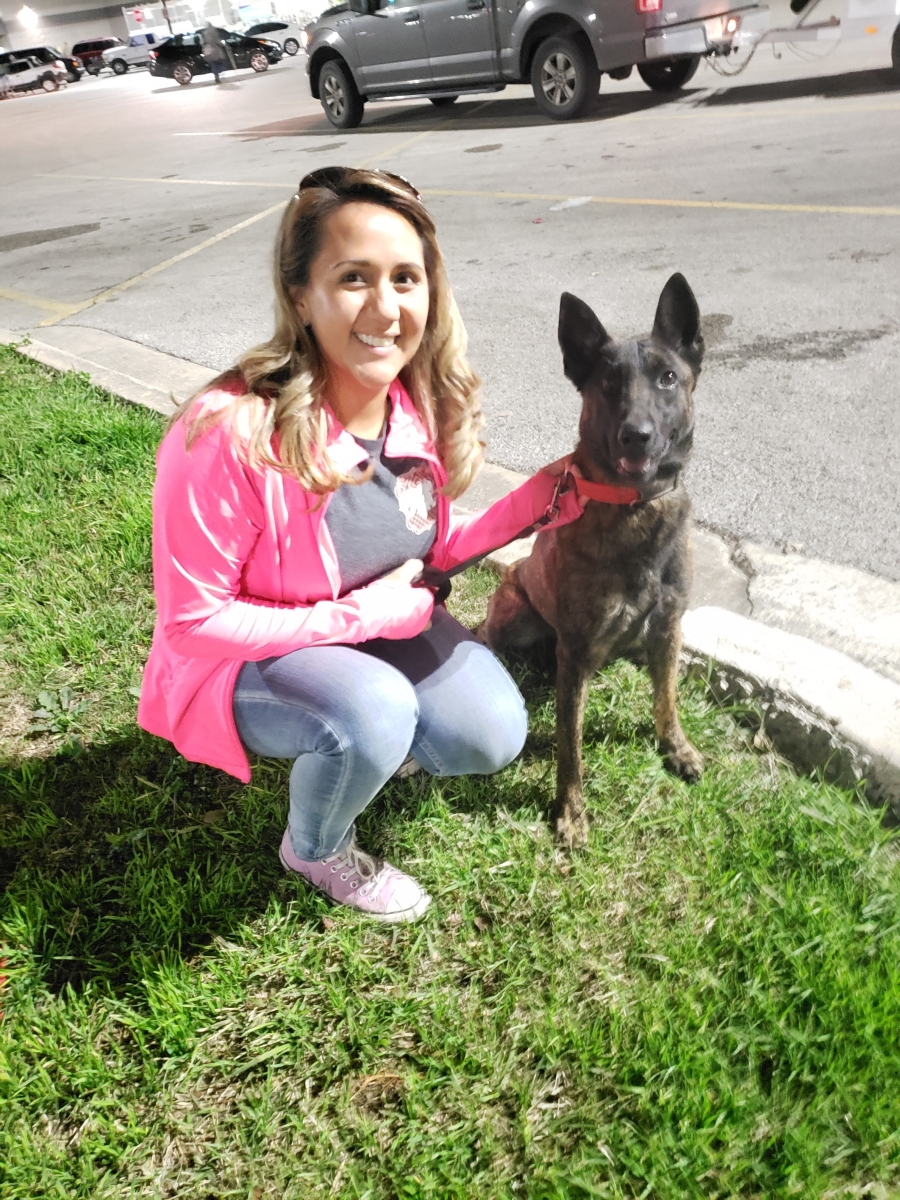 Angelica's training for Vet Tech paired with her vast knowledge and experience in nursing, gives her the ability to rapidly identify and address some medical issues a working dog may be experiencing.  Her skills and rapid recognition have resulted in saving the lives of numerous dogs over the years.

The JIREH K-9 Training Academy is very proud to have built and maintain a solid and respectable reputation amongst the Police K-9 and Public Safety communities.  Our working dogs and reality-based K-9 Handler training has proven to be successful and effective for Public Safety Officials and Law Enforcement Officers working, "The Streets" 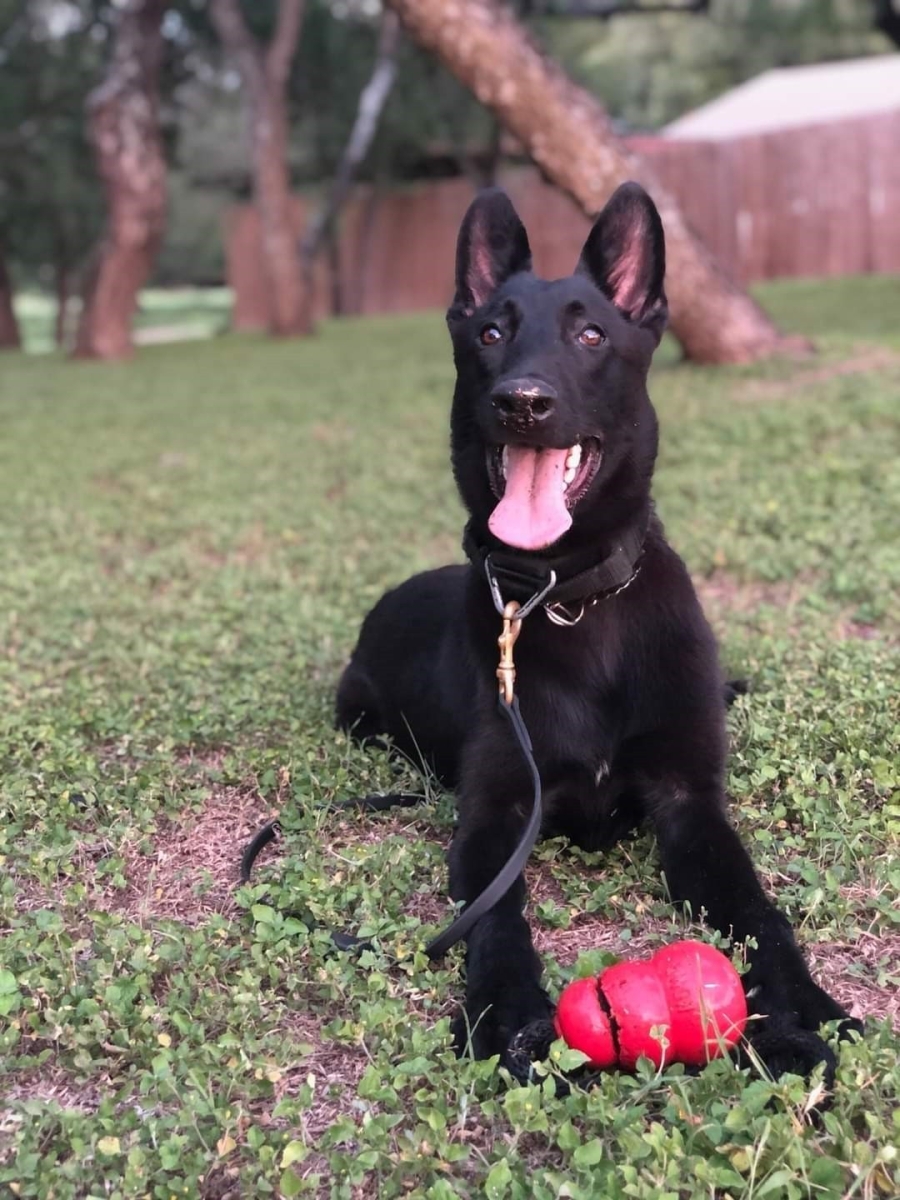 
In 2020 amid the global pandemic, The JIREH K-9 Training Academy was hard at work to mark a milestone in the history of The Bexar County Sheriff's Office in San Antonio, Texas.

JIREH K-9 preconditioned and trained K-9 Ripp (AKA Mako), however Police K-9s are no strangers to The Bexar County Sheriff's Office, what makes this black Belgian Malinois special is that he's the very first and only Cell Phone Detector K-9 The BCSO has ever had in the history of the agency!! 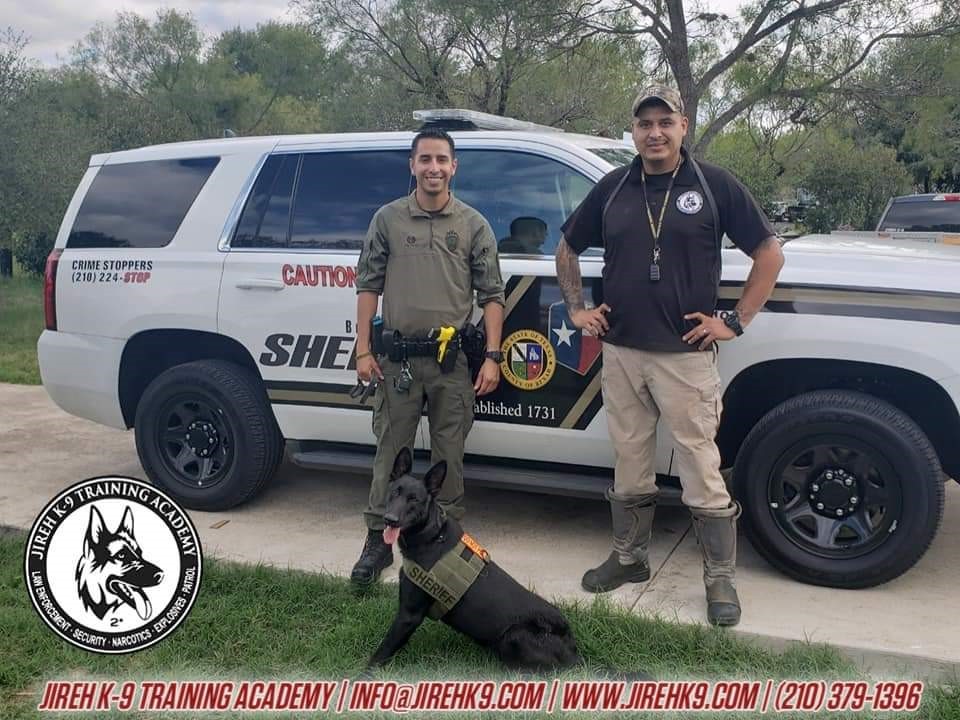 K-9 RIPP (MAKO) BEXAR COUNTY SHERIFF'S OFFICE
K-9 Ripp's handler, Deputy Piliado of The Bexar County Sheriff's Office has earned statewide recognition and inter-agency kudos for the great success they've had as a team.  Aside from cell phone detection, K-9 Ripp is also trained to detect the odors of marijuana, cocaine, heroin and meth.  The JIREH K-9 Training Team is very proud of the work this amazing team has accomplished in a very short period of time. 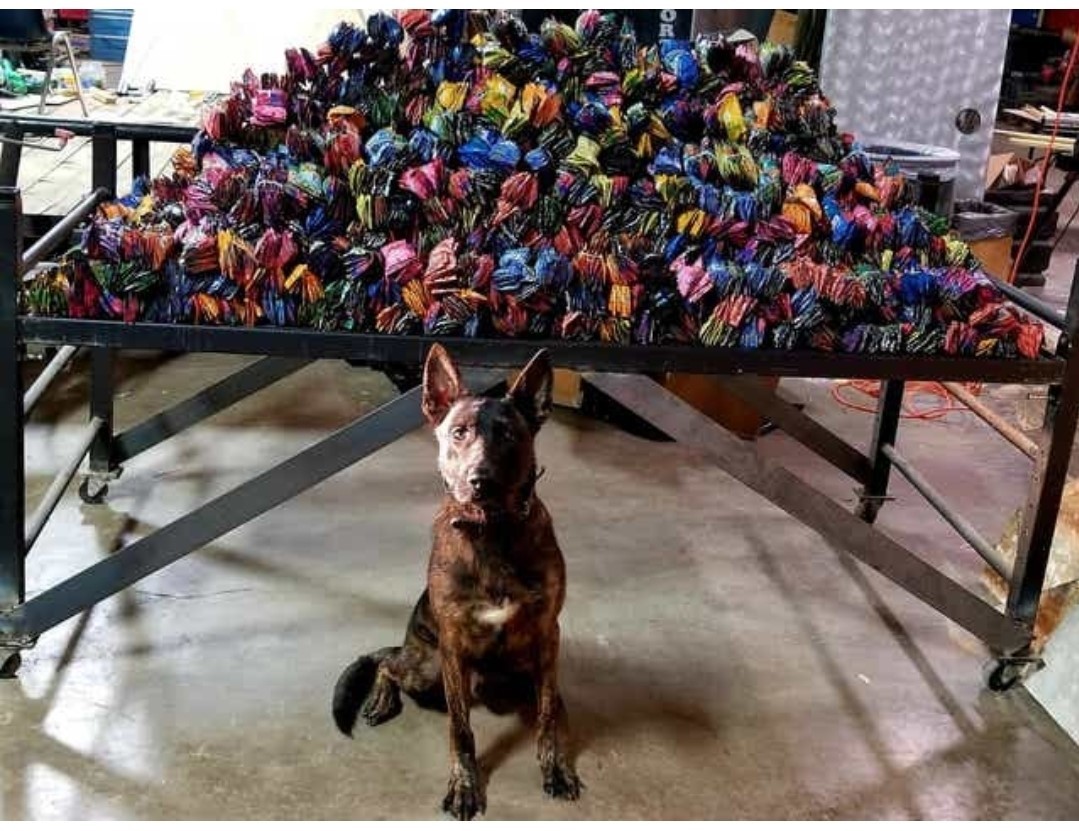 In October, 2018 JIREH K-9's very own K-9 Cane of The Wichita County Sheriff's Office made history... Yet again!! While on a traffic stop, a violator refused to give Deputies consent to search his vehicle.  K-9 Cane was deployed and alerted to the odor of narcotics.

Upon a physical search of the vehicle, after a Cane's alert, around $30 Million dollars in illegal narcotics were discovered. Over 600lbs in THC Oil were found and the driver was subsequently arrested.

"This is probably one of the biggest drug busts i've ever seen in Wichita County" Said Sheriff David Duke. 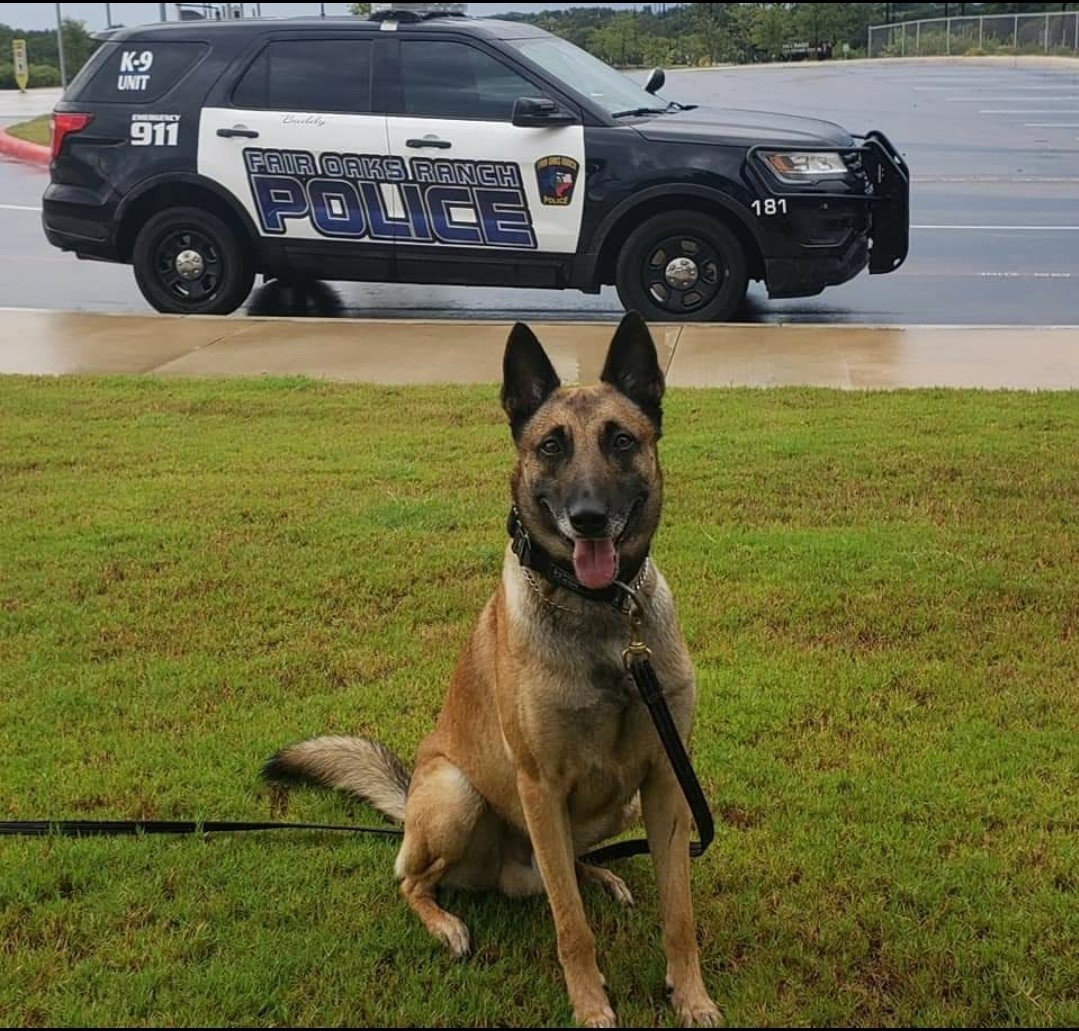 The JIREH K-9 Training Academy is very proud to have made history once again!!  K-9 Buddy of The Fair Oaks Ranch (Texas) Police Department is a Single Purpose Narcotics Detector K-9.  Buddy is trained to detect the odors of marijuana, cocaine, heroin and meth.

K-9 Buddy is the very 1st, Police K-9 in service for The Fair Oaks Ranch Police Department.  Buddy and his handler have done an outstanding job over the last several years.  Not 2 weeks after graduating JIREH K-9's Basic Police K-9 Handlers Course, K-9 Buddy and his handler assisted The Texas Department of Public Safety in a traffic stop where over 2 kilos of cocaine were seized and smugglers were arrested as a result of an alert from K-9 Buddy.

In early 2021, The JIREH K-9 Training Academy along with The Texas Operational Canine Care Committee put on the first ever K-9 Emergency Care training course at The Bexar County Constable's Office Pct. 4.  A course of this nature was unusual for The Constable's Office, but they gave us a chance to prove why K-9 First Aid is an absolute must in today's public safety.  History was made once again by The JIREH K-9 Training Academy!  The course was a huge success, the house was packed and law enforcement & public safety personnel from across The State of Texas were in attendance.  Special thanks to The Texas Operational Canine Care Committee for providing expert instruction for this event. 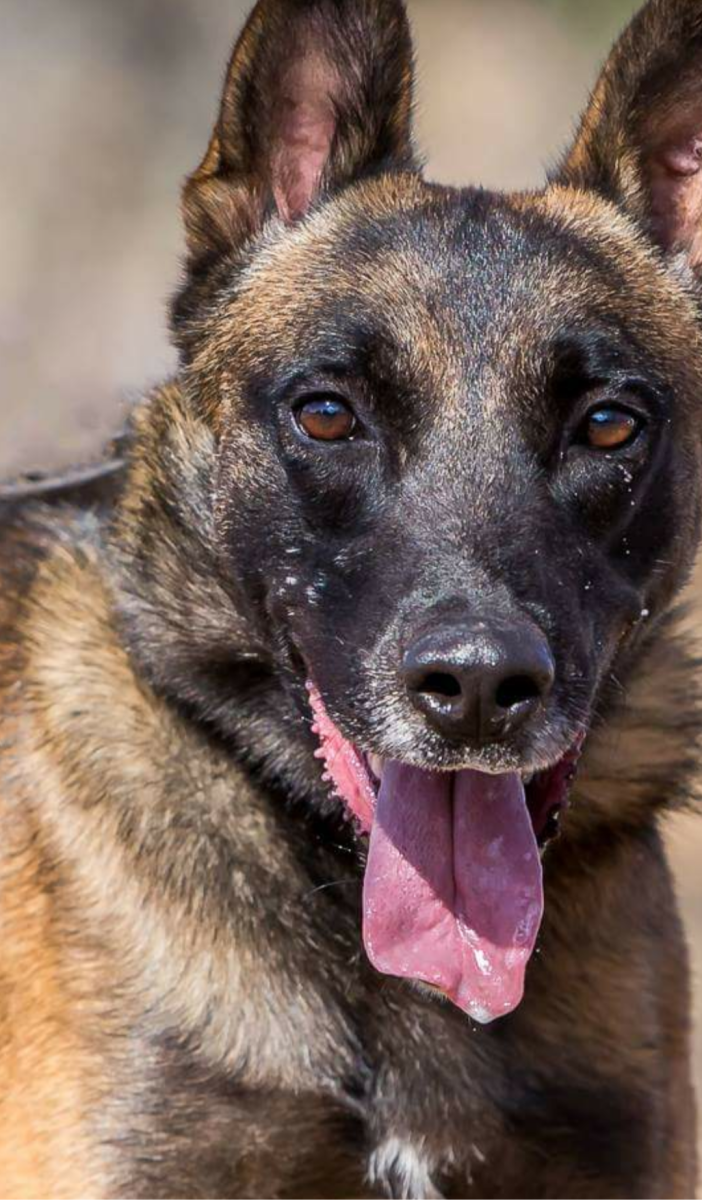 
In early 2018, The JIREH K-9 Training Academy marked history once again, by placing the very first Patrol K-9 with The City of Kirby Police Departmet in Bexar County, Texas.  The Police K-9 Training Team at JIREH K-9 was very excited to not only be a part of the history of this law enforcement agency, but also to have one of very our own so close to home.

Upon K-9 Jake and his handler's grauation from The JIREH K-9 Training Academy, "They hit the ground running"  The newly formed Police K-9 Unit went straight to work by seizing narcotics & illegal weapons, and putting offenders behind bars. 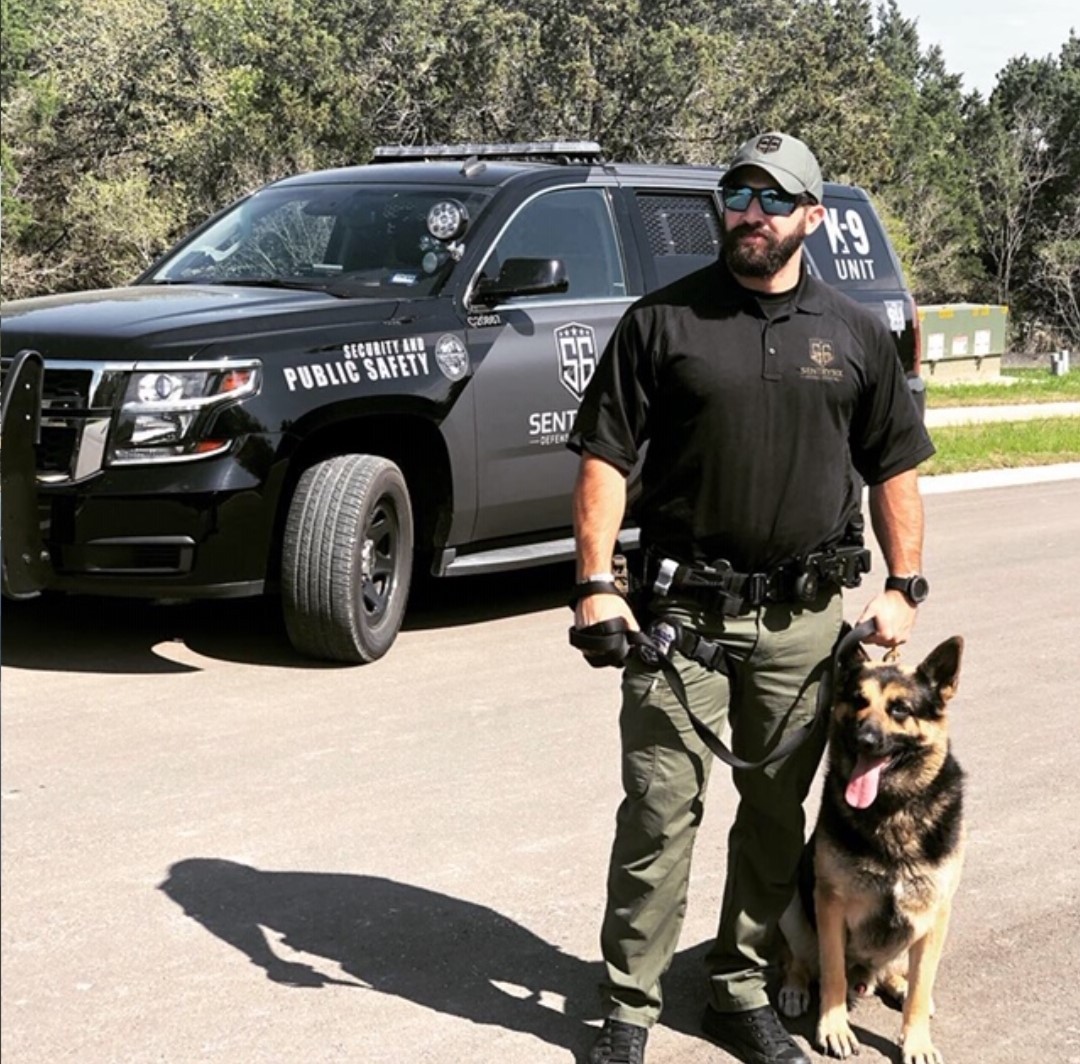 The JIREH K-9 Training Academy is very proud to be the proven leaders for K-9 in The Private Sector Security Industry.  With working dogs placed in Private Security Firms across the nation, JIREH K-9 has made history once again with K-9 Rocky of The SENTRYSIX Defense Group, Inc.

S6 is an international private security and defense contracting group headquartered out of San Antonio, Texas and serving clients around the globe.  The K-9 Training team at JIREH K-9 is very proud to have trained the very 1st working dog in history of SENTRYSIX!

SENTRYSIX Defense Group, Inc. has become one of JIREH K-9's preferred vendors for all your state-side and overseas private security contracting needs. 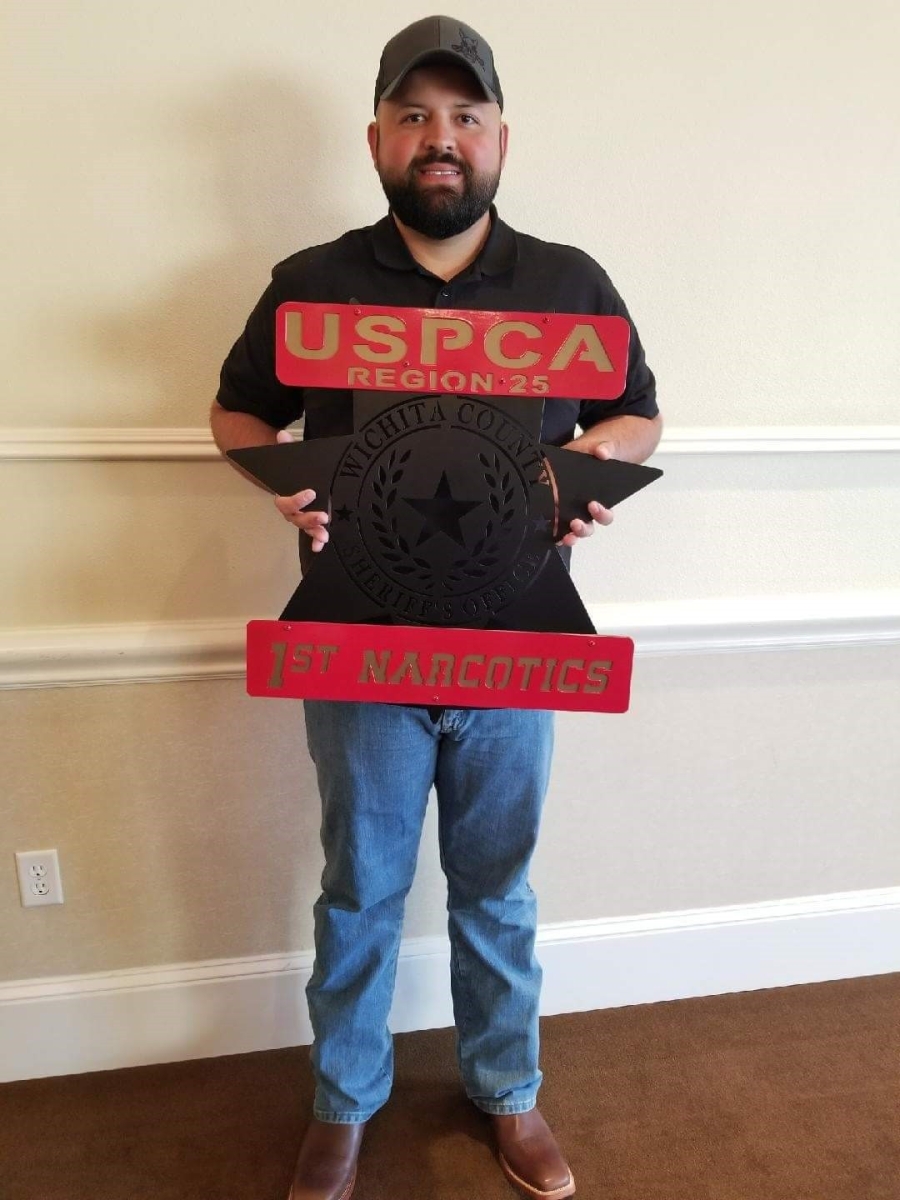 JIREH K-9's very own K-9 Cane of The Wichita County Sheriff's Office took 1st place as Top Narcotics Dog in The United States Police Canine Association (USPCA).  Deputy Villarreal and K-9 Cane were recently graduated from The JIREH K-9 Training Academy as a certified team.  Upon completing JIREH K-9's Basic Police K-9 Handlers Course, these two immediately took to the highways of their jurisdiction and began to disrupt some of the largest drug smuggling efforts Wichita County and the entire State of Texas has ever seen. 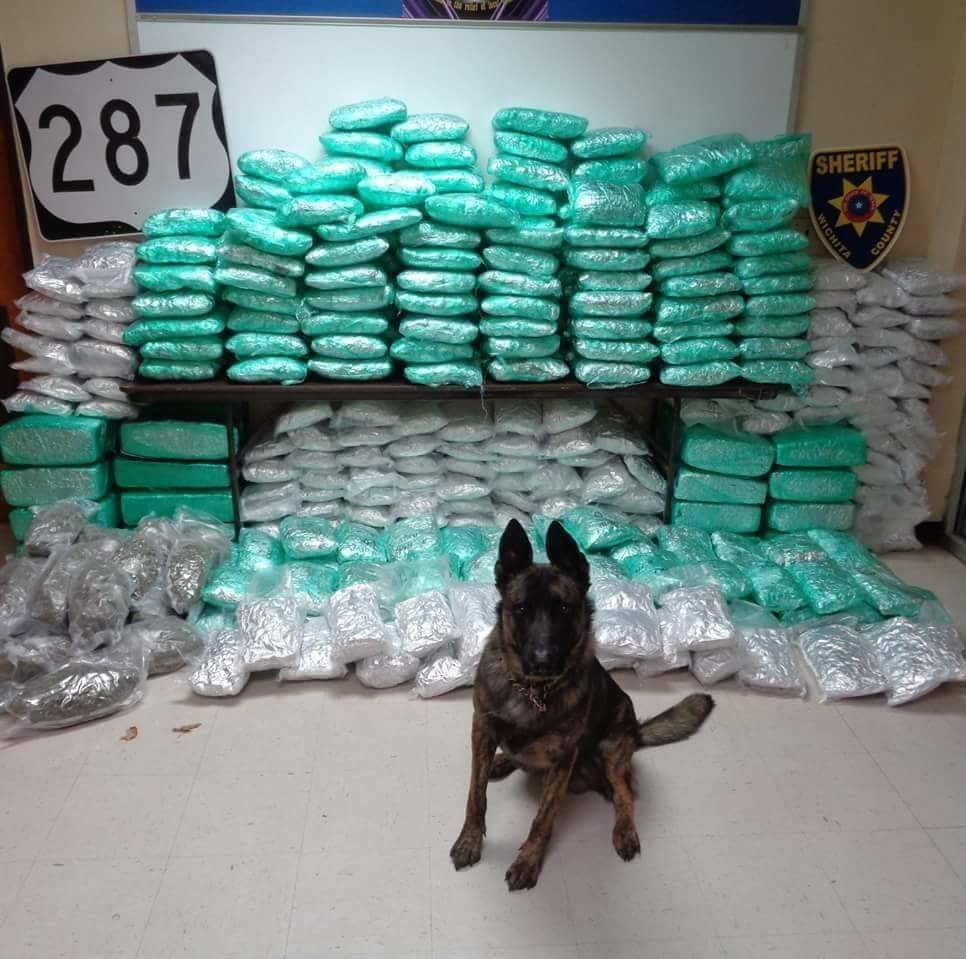 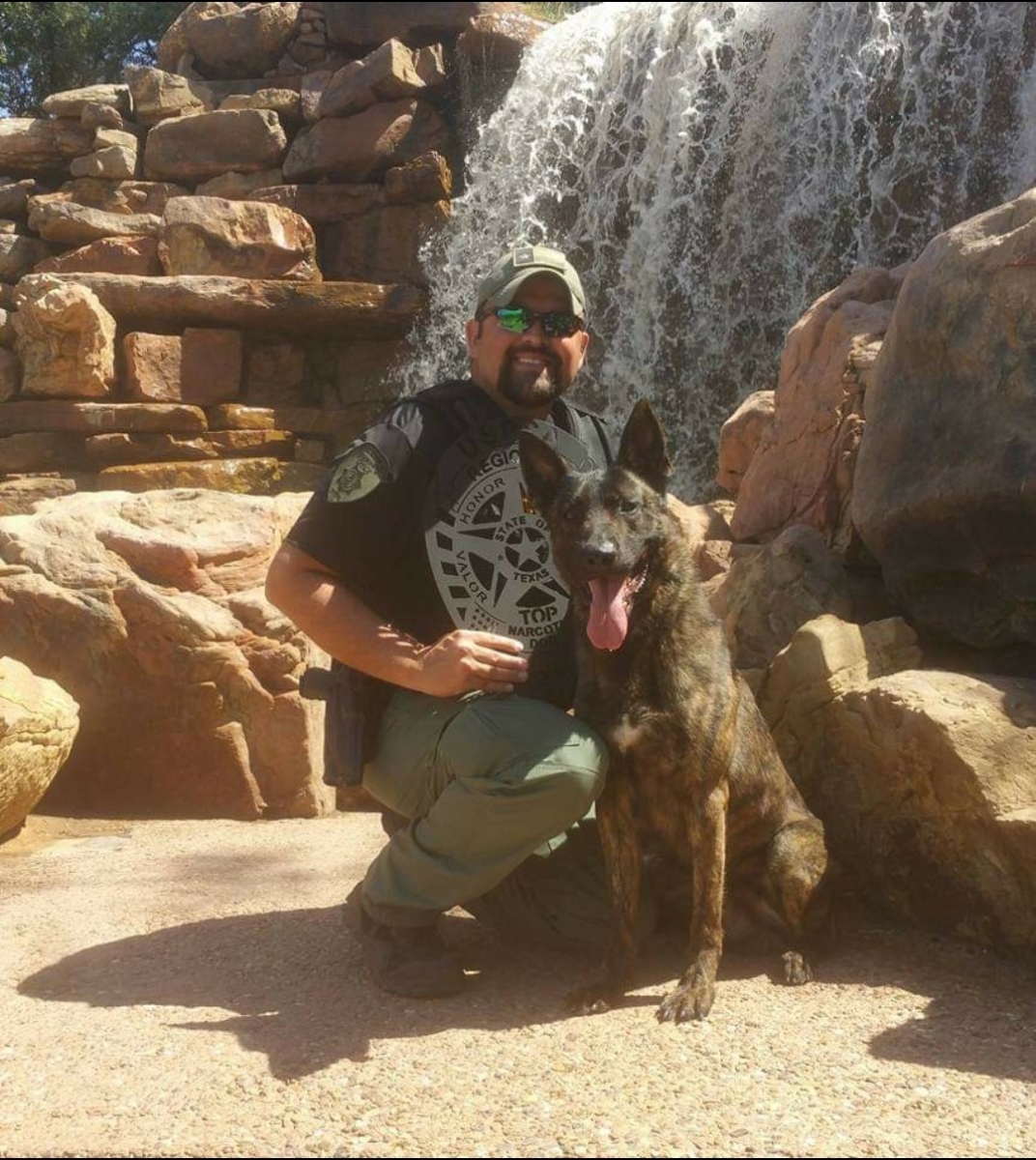 In 2018 JIREH K-9's very own K-9 Cane of The Wichita County Sheriff's Office, proved himself once again.  After having dominated the competition in 2017 as Top Narcotics Dog, K-9 Cane returned for yet another 1st place trophy.

The United State Police Canine Association (USPCA) named K-9 Cane Top Narcotics K-9 once again for the second year in a row.  Deputy Villarreal and K-9 Cane returned to the competition even better than the previous year.

K-9 Cane and his handler are assigned to a full-time Criminal Interdiction Unit.  When they aren't training for their next competition, they're out on the highways of Texas picking off drug and money smugglers.

This amazing Police K-9 Unit has made us very proud to call them one of our own.  Congratulations to Deputy Villarreal and K-9 Cane of The Wichita County Sheriff's Office for all of their hard work and success.